A blog by John Gear, one of Zandspruit Home Owners

I have been asked to contribute a regular column on aspects of Zandspruit’s creatures and plants. I am an enthusiast BUT not an expert so will welcome corrections, challenges and contributions from each of you. More importantly you can assist by guiding the content of the “blog” by sending questions & comments. Let’s start!!

The 2015/2016 rainy season has come and gone and rainfall has been far below average for the second consecutive season. Fortunately previous seasons provided better than average rainfall and those good seasons have offered some resilience in how Zandspruit copes with this drought. Drought in the lowveld is a common occurrence and rainfall in the Hoedspruit area has always been patchy. This means that some of our neighbouring areas are less adversely affected and some areas more so. Those who have visited Kruger Park recently will have seen the difference in the bush around Satara and north of Letaba; Satara area is desperate while further north the effects are much less.

There was a little end-of-season rain but it was patchy. The dam on the Orpen Satara Road is a popular game viewing  spot; in February it was dry (an unheard event in the rainy season); late rains added a little but it is rapidly drying out and cannot support hippos which will be the major victims of the Kruger drought. Hippos are affected at two levels; lack of water to rest and cool in and lack of grazing causing widespread starvation. Fortunately on Zandspruit we do not have hippos to worry about BUT we have witnessed our wild animal and plant life under threat. 60 years ago there were few fenced off estates and little commercial agriculture. Animals were free to roam in search of food albeit at risk of being poached or shot. The dropping of Kruger Park fences with many large private conservation areas on the western border has allowed limited migration but this is unlikely to have much benefit as the R40 is still a major barrier to mass movement of game. There have been isolated and well publicised attempts by elephants to breach this barrier but the consequences of such breaches are serious; car accidents, significant crop damage, danger to human life and ultimately an untimely death for the elephants brave enough to try. However there will be desperate elephants seeking food so “drive carefully” especially at night.

Blydepoort Dam is our lifeblood and we have been extremely fortunate that late rains in the catchment area meant that a dam that was already below 50% full in mid-summer ended the season at over 70% and is currently 60%. That needs to be put into perspective. This time last year the dam was 91% full; hard to believe but true and a warning that poor rains this upcoming season could spell disaster for our area. 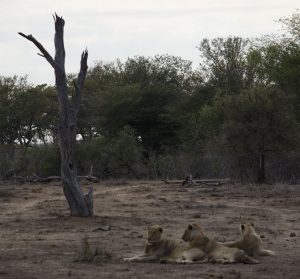 What we are witnessing is a natural cycle; in 1991 there was severe drought followed by years of plenty. However the fear that many have is that this well-known cycle is being adversely affected or exaggerated by climate change and there is evidence to support this fear. 2014 was the hottest year on record, 2015 was hotter and 2016 has to date been hotter than 2015! However there is a belief that as the El Nino phenomenon declines (oceanic warming) to be replaced by La Nina the rains will return to southern Africa. Two consecutive years of drought are exceptional so it is argued that a third poor rainy season is highly unlikely; only time will tell.

This is an overall look at the drought. Our next blog will look specifically at Zandspruit, both the bad and sad on the one hand and the positive and pleasant on the other. Until then be well and take care.